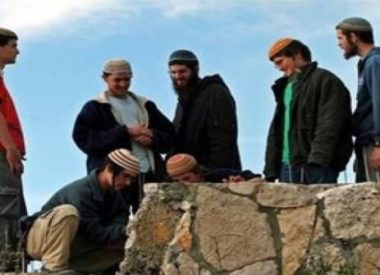 Rateb Jabour, the coordinator of the National and Popular Committees against the Annexation Wall and Colonies in southern West Bank, said the assailants came from the illegal Ma’on colonialist outpost, which was built on private Palestinian lands, east of Yatta town.

Jabour added that the colonists dumped blue liquid toxins in the well in the al-Hamra area in the at-Tiwani, near the outpost, and stated that the well was used by local shepherds to provide water for their flock.

The attack is the latest in a serious of assaults and violations targeting the Palestinians, especially the shepherds and farmers, to force them out of their lands so that the colonists can expand their illegal outposts.