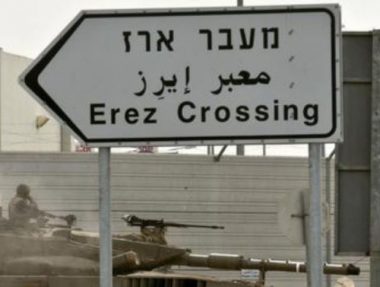 According to PCHR’s investigations, at approximately 12:00 on Tuesday, 23 April 2019, the Israeli authorities arrested Karam Mustafa Mohammed Tantawi (51), from al-Qal’a buildings, south of Khan Younis. Karam, who was accompanying his wife Safa’ ‘Abed al-Majeed Tantawi (47), a cancer patient, was arrested while returning to the Gaza Strip after his wife received treatment at al-Makassed Hospital in Jerusalem.

It should be noted that the PCHR’s lawyer, in his capacity as the legal agent for al-Tantawi, was prevented today from visiting him in al- Majdal Prison. The court extended his arrest until next Tuesday, 30 April 2019.

PCHR stresses that the ongoing Israeli forces policy of arresting patients and their companions is considered as violation of the international human rights law and the international humanitarian law. It also constitutes a form of inhuman and degrading punishment, which coincides with the policy of tightening the illegal closure imposed on the Gaza Strip. This aggravates the patients’ suffering as their treatment is not available in the Gaza Strip hospitals.