Illegal Israeli Colonists Attack Shepherd, Unleash Their Dogs Toward Him Near Bethlehem 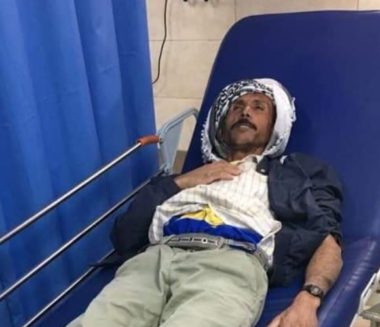 Many fanatic Israeli colonists, illegally squatting on Palestinian lands, attacked a Shepherd from Kisan village, east of the West Bank city of Bethlehem, and unleashed their dogs at him, causing various injuries.

Ahmad Ghazal, the deputy mayor of Kisan Village Council, said the colonists came from the illegal Ibei Hanahal outpost, which was installed on stolen Palestinian lands, near the illegal Maali Amos colony.

He added that the assailants attacked the farmer, Atallah Ibrahim Obeyyat, 53, causing many cuts and bruises, before unleashing their dogs toward him. The dogs also attacked and bit some of his sheep.

The wounded farmer was transferred to Beit Jala Governmental hospital for treatment; he said the attack took place when the colonists invaded the Palestinian lands and started trying to force him out of the grazing lands.

Ghazal stated that the attack is one of the numerous violations against farmers and shepherds in the area, and is part of the ongoing Israeli attempts to force the Palestinians out in order to build and expand the illegal colonies, built in direct violation of the Fourth Geneva Convention, International Law and various United Nations resolutions, and treaties.