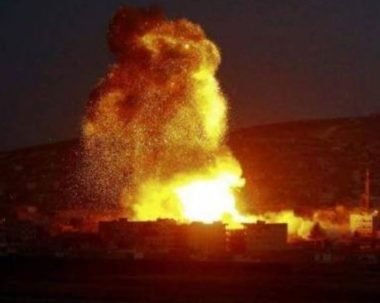 The Israeli air force fired, on Friday at dawn, several missiles into a few areas in the besieged Gaza Strip, causing damage. The army claimed it was retaliating to one shell reportedly fired from the coastal region.

Media sources in Gaza said the army fired at least two missiles into Asqalan site, run by the al-Qassam Brigades the armed wing of Hamas, northwest of Beit Lahia, in the northern part of the Gaza Strip.

They added that an Israeli drone fired at least one missile into a land, east of Rafah city, in the southern part of the coastal region.

The Israeli army claimed that a shell was fired from Gaza, on Thursday at night, and landed in an open area in one of its colonies.

The army added that it targeted infrastructure “belonging to Hamas movement in southern Gaza, and one of its military compounds in northern Gaza.”