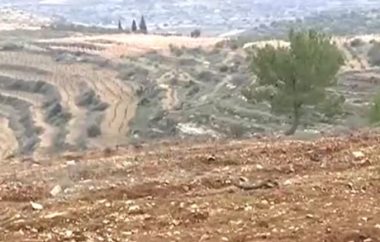 The mayor of Sinjel, Arroub Sweidan, said the assailants invaded the Palestinian orchards, and uprooted the recently planted saplings, before fleeing the scene.

He also stated that the uprooted saplings were planted as part of a project funded by the International Red Cross, aiming at replanting and rehabilitating Palestinian lands.

Sweidan added that this is the third attack carried in less than one month, and that the number of uprooted sapling has arrived to nearly 3000.

On Thursday, an Israeli court in occupied Jerusalem sentenced, Thursday, media activist and the head of the Wadi Hilweh Information Center in Silwan (Silwanic), Jawad Siyam, to five days under house arrest, and a 5000 Shekels bail.