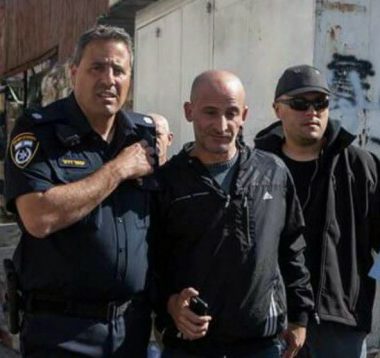 An Israeli court in occupied Jerusalem sentenced, Thursday, media activist and the head of the Wadi Hilweh Information Center in Silwan (Silwanic), Jawad Siyam, to five days under house arrest, and a 5000 Shekels bail.

Jawad was abducted by Israeli soldiers from Wadi Hilweh neighborhood, in Silwan, along with two other Palestinians, on Wednesday.

The two Palestinians, Mohammad Siyam and Dia Beidoun along, with Jawad himself, were violently assaulted by the soldiers and police officers who abducted them, and suffered various cuts and bruises. The Israeli police claimed that the three “attacked officers,” before they were taken prisoner.