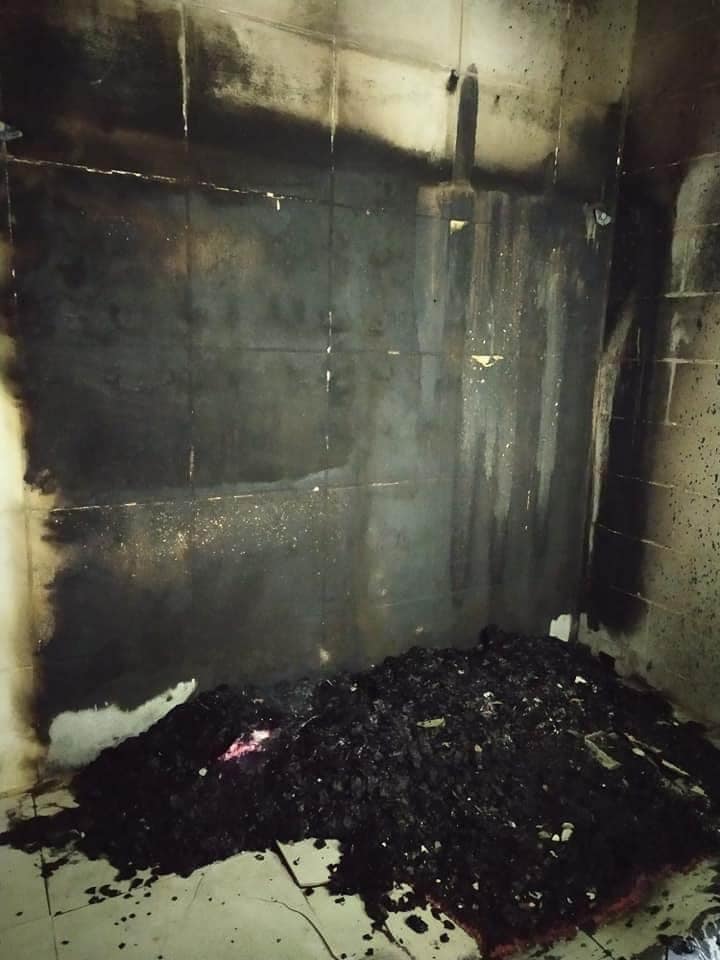 Illegal Israeli settlers vandalized and burned a mosque, early Monday morning, in the city of Al-Bireh, next to Ramallah in the southern West Bank, according to Palestinian WAFA News Agency.

The mayor of al-Bireh, Azzam Ismail, said that that illegal Israeli colonists entered the city overnight, filled the walls of the mosque with racist graffiti, and set it on fire, partially destroying it.

Ismail and the Palestinian Ministry of Religious Affairs condemned the arson attack, adding that this act uncovers the radical, racist state of mind of the Israeli state.

They stated that they hold Israel fully responsible for damages due to its “support of these terror groups.”

Palestinian Prime Minister, Mohammad Shtayyeh, as well as other officials, condemned the arson attack of a mosque by illegal colonists, describing it as a criminal and racist act.

The graffiti, scrawled in Hebrew across the walls of the holy place, “siege to the Arabs,” and “this land is for the Jews.”

At the weekly cabinet meeting, Shtayyeh stated that arson is a criminal act, and noted that he also holds the Israeli government responsible for it.

The Palestinian Foreign Ministry also condemned the arson attack in a statement, “The Ministry, while taking the settlers’ attacks against places of worship very seriously, holds the Israeli government and its prime minister fully and directly responsible for this attack.”

Secretary-General of the Executive Committee of the Palestine Liberation Organization (PLO), Saeb Erekat, called the attack “racism and apartheid.”