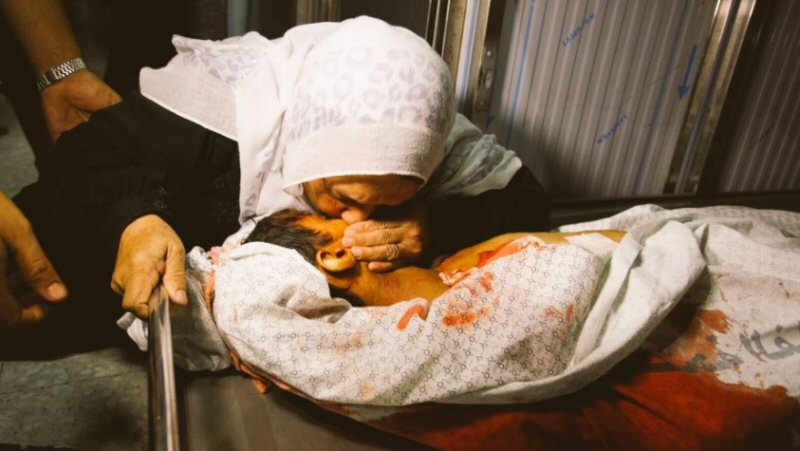 Muhammad al-Sirsawi, aged 12, who was killed by Israeli snipers while taking part in Gaza protests.

Since Land Day of this year, 30 March, 2018, Palestinians in the Gaza Strip have been regularly holding mass protests near the Gaza perimeter fence, in numbers ranging from hundreds to tens of thousands.

During the demonstrations, which are usually held on Fridays, under the title, “The Great March of Return”, some protesters approach the fence and Israeli occupation forces fire tear gas and live ammunition.

The protesters often respond by burning tires to block the vision of the Israeli snipers and throw stones at them, but their stones can hardly harm the Israeli soldiers who are always more than 200 metres away from them.

In just over six months, since this wave of mass protest began, Israeli forces have killed at least 205 people, including 31 minors, and injured more than 5,800, out of 22,000, with live fire. Most of the casualties posed no danger to Israeli troops.

Such a high number of casualties is a direct outcome of the shoot-to-kill policy that Israel employs along the Gaza perimeter fence, including during demonstrations held near the fence.

Although the lethal outcomes of this criminal policy are well-known, Israeli occupation authorities refuse to change it, remaining indifferent to the lives and deaths of Palestinians.

In fact, the prime minister and his government prefer to continue this hardline approach (with cabinet members arguing over the numbers – the minister of defense boasts of the many dead wounded while the minister of education demands even higher numbers).

The military executes this political directive, even safeguarding it with whitewashing mechanisms to ensure that, with the exception of very rare cases, no one will be held accountable for killing Palestinians.

Here is a sampling of testimonies that the Israeli rights group B’Tselem collected in its investigation of the deaths of four out of the 31 children killed up until 8 October 2018.