Including A Child, Israeli Soldiers Abduct And Injure Many Palestinians In West Bank 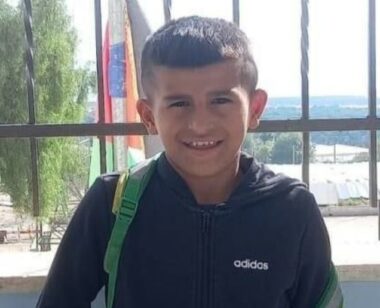 Earlier Thursday, Israeli soldiers abducted many Palestinians, including a child, injured several others, and confiscated surveillance equipment in several parts of the occupied West Bank.

In Jericho, in the northeastern West Bank, the soldiers abducted a child, Ammar Jasser Jaradat, 12, after the army stormed a school and ransacked it in the Zubeidat village north of the city.

The soldiers also attacked several teachers who tried to prevent them from invading the educational facility.

Media sources in Nablus said the soldiers interrogated the abducted Palestinians for several hours before releasing them.

In Asira Ash-Shamaliya town, north of Nablus searched homes and abducted Khaled Shouli before moving him to a nearby military base.

The soldiers also abducted Sadeel Haitham Abu Hamda, 28, from the Balata refugee camp south of Nablus, after stopping him at the Jabara military roadblock south of Tulkarem.

In Qalqilia, in the northern West Bank, the army abducted Mahdi Dirgham Adwan, 19, from his home in the city.

In Jenin, also in the northern West Bank, the soldiers abducted Mohammad Radwan Abu Ar-Rub, from Jalboun village, east of the city, after breaking into his home and several other homes.

The army also invaded Nazlet Zeid village, southwest of Jenin, stormed the Local Village Council, and confiscated surveillance recordings from many homes owned by Palestinians from the local Zeid family.

In Hebron, in the southern part of the West Bank, the soldiers abducted Abdullah Mosallam Hreizat from his home in Yatta town, south of the city.