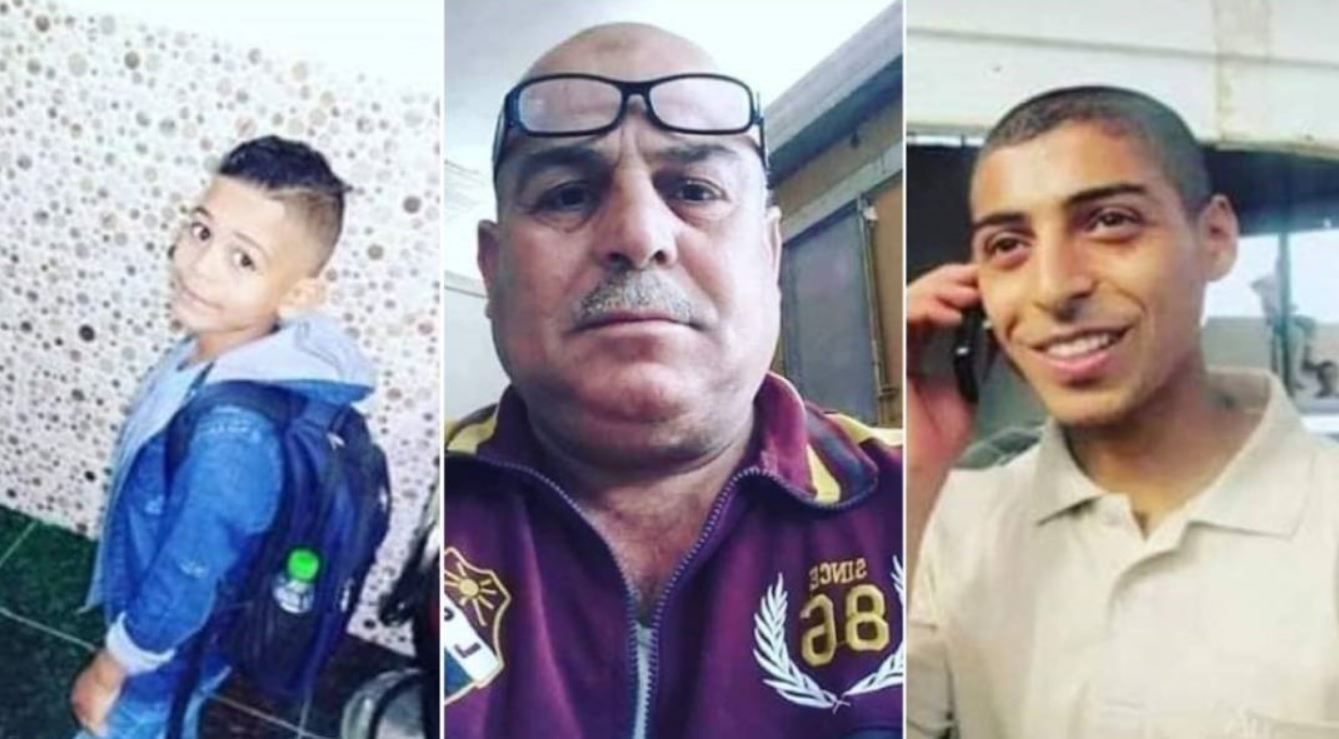 The Palestinian Health Ministry has reported that the ongoing Israeli bombardment of the Gaza Strip has resulted in the death of at least fifteen Palestinians, including a father and two of his sons, and injured at more than ten others, in several parts of the coastal region, raising the number of slain Palestinians to twenty-three in two days, while more than 69 Palestinians have been injured.

The Palestinians were killed and injured in 50 Israeli airstrikes and 21 incidents of artillery shells targeting various areas of the Gaza Strip.

The Health Ministry in Gaza said the soldiers killed Mohammad Abdullah Sharab, 28, and Haitham Hafeth al-Bakri, 22, after firing a missile at them in Khan Younis, in southern Gaza. Both are members of the Al-Quds Brigades, the armed wing of the Islamic Jihad.

Two Palestinians were killed, on Wednesday afternoon, when the Israeli army fired missiles into an area east of Gaza city.

A Palestinian father, identified as Rafat Mohammad Awwad, and two of his children, Islam and Amir, were killed, and several others were injured, by Israeli missiles in the Tuffah neighborhood, east of Gaza city, in an earlier attack, and a fourth was also killed after the army fired a missile at him while driving his motorcycle in the Zeitoun neighborhood, south of Gaza city.

The Health Ministry said the soldiers killed Ala’ Eshteiwi, 32, in the Zeitoun neighborhood, and Khaled Awad Farraj, 38, was killed in the al-Mighraqa area, south of Gaza city, while many Palestinians were injured when the soldiers fired shells into farmlands, in addition to another Palestinian who was injured by Israeli shells in a playground in the Zeitoun neighborhood.

The soldiers also fired many shells into farmlands, east of the al-Boreij refugee camp, in central Gaza Strip, causing damage to surrounding homes.

Damage was also reported to a few homes, east of Deir al-Balah in central Gaza, when the Israeli air force fired a missile into a nearby land.

Furthermore, an Israeli F16 war jet fired one missile into a site in Sheikh Ejleen area, southwest of Gaza city, causing excessive damage to the site, and several surrounding homes.

Media sources in Gaza said the army carried out more than 50 airstrikes, and fired artillery shells at least twenty times, in less than two days.

The Israeli missiles and shells struck many homes, chicken farms, farmlands, markets for fruits and vegetables, parks near the Gaza sea, in addition to several sites run by armed resistance groups in Gaza, mainly those run by the al-Quds Brigades of the Islamic Jihad.

At least 48 Palestinians homes have been completely or partially damaged, and the army also fired missiles at seven motorcycles.

The strikes targeted various areas of the Gaza Strip but were mainly forced on Beit Lahia and Beit Hanoun, in northern Gaza, causing several injuries in addition to Gaza city and its surrounding areas, Khan Younis and Rafah in southern Gaza.

Several farmers were injured and were rushed to local hospitals after the army fired missiles into farmland in Beit Hanoun.

Furthermore, the Israeli army said it destroyed a site, reportedly used for manufacturing long-range rockets, and that the armed groups in Gaza have fired more than 250 shells into Israeli areas.

The spokesperson of the al-Quds Brigades, the army wing of the Islamic Jihad, which is the main target of the Israeli escalation, especially after the army started its latest military strike by assassinating a senior leader of the movement, identified as Baha’ Abu al-Ata, 42, and his wife, Asma’ Mohammad Abu al-‘Ata, 36, in addition to wounding their children, said that its respects the efforts invested by Arab countries to reach a truce, however, it is currently not willing to be part of any mediation talks.

It said that “it is sending a message to Israel, and once we are done with it, there will be a time for talking about calm.”

In another statement, the Brigades said it fired mortars at many Israeli tanks near which gathered near the perimeter fence in the eastern and northern parts of the Gaza Strip.

On its part, the spokesperson of the Israeli army said the current escalation might take several days.

The Palestinians, who were killed Wednesday, including a father and two of his children, have been identified as:

Ten Palestinians were killed on the first day of Israeli bombardment, Tuesday.