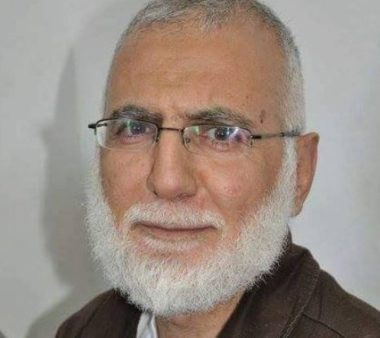 Israeli soldiers abducted, on Monday at dawn, seven Palestinians, including an elected legislator and former political prisoner, from their homes in several parts of the occupied West Bank, including the occupied capital, Jerusalem.

The Palestinian Prisoners Society (PPS) has reported that the soldiers invaded and ransacked the home of legislator Mohammad Abu Teir, 69 years of age, in the central West Bank city of Ramallah, and abducted him.

It is worth mentioning that Abu Teir, from occupied Jerusalem, is a former political prisoner who spent more than 35 years in Israeli prisons. Last year, Abu Teir was abducted and imprisoned for seven months under the arbitrary Administrative Detention orders without charges or trial.

Although he is a native of occupied Jerusalem, Abu Teir was forcibly exiled from the city ten years ago, and was never allowed back.

Furthermore, the soldiers abducted Ibrahim Abu Raddaha from his home in Betunia town, west of Ramallah, and Abdul-Jawad Omar Hamayel from al-Biereh nearby city.

In Bethlehem, south of occupied Jerusalem, the soldiers abducted Shadi Mohammad Hasasna, while Ahmad Mousa was abducted from his home in Nablus, in northern West Bank.

In related news, several armored military vehicles invaded many neighborhoods in Qalandia refugee camp, north of Jerusalem, and drove around for a few hours before withdrawing.