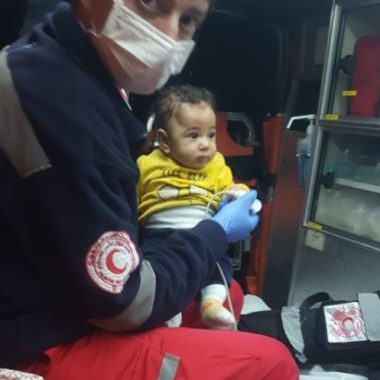 Israeli soldiers invaded, on Monday at dawn, the town of Silwan, south of the Al-Aqsa Mosque in occupied Jerusalem, and fired many gas bombs and concussion grenades at protesters, and several surrounding homes, wounding many Palestinians, including two infants.

The Wadi Hilweh Information Center in Silwan (Silwanic) said many army jeeps invaded Abu Tayeh neighborhood in Silwan, and attacked Palestinian youngsters who protested the invasion into their community.

Silwanic added that the soldiers fired a barrage of gas bombs and concussion grenades at the protesters, in addition to surrounding homes, causing several Palestinians, including two infants, twelve and five months of age, to suffer the severe effects of teargas inhalation.

Local medics provided the needed treatment to the wounded Palestinians, and moved the four-month of age along with his father to a local hospital.

On Sunday, the soldiers abducted two young men, identified as Mo’taz Shweiki and Malek Gheith, after stopping their car in the ath-Thoury neighborhood in Silwan.