Soldiers Shoot A Palestinian Near Qalqilia 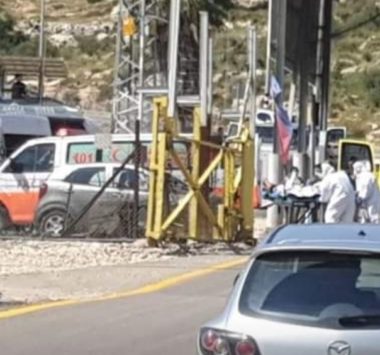 Israeli soldiers shot, on Sunday evening, a young Palestinian man, north of Qalqilia, in the northern part of the occupied West Bank.

Media sources said the soldiers shot a young man, 25 years of age, while walking on Palestinian lands near the illegal Annexation Wall.

They added that the young man was shot with a live round in the leg, and that the soldiers left the scene after shooting him, without attempting any first aid.

The wounded young man was later rushed by Palestinian medics to Darwish Nazzal hospital, in Qalqilia.

The incident is one of many similar Israeli violations targeting Palestinians in various areas near the illegal Annexation Wall.