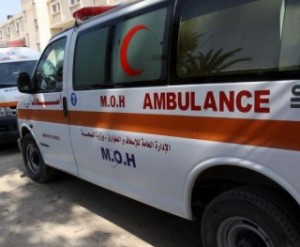 A Palestinian worker showing coronavirus symptoms was abandoned, on Sunday by Israeli settlers, outside the illegal Burkan settlement, near the town of Salfit in the occupied West Bank, Palestinian WAFA News Agency reported.

Abdullah Kmail, the Governor of Salfit, said the worker, who had remained at his workplace in Israel for several weeks, was found dumped near the Burkan colony, in the central West Bank.

He added that the Palestinian Ministry of Health picked up the sick man, tested him for the coronavirus and moved him to safety.

The governor denounced the inhumane practice of dumping sick Palestinian workers at Israeli checkpoints or outside illegal settlements.

There have been some incidents where Palestinians employed in Israeli settlements in Palestine and inside Israel, that have been discarded for showing signs and symptoms of the infectious disease.

While the Palestinian government has taken measures to contain the virus, Israel’s lack of precautionary measures such as isolating the sick, puts the people in the occupied territories at greater risk.