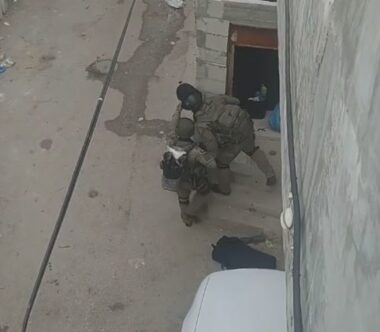 Media sources said undercover Israeli soldiers infiltrated into the refugee camp, before storming and ransacking a few homes, and abducted Moath Khaled Hamad, along with his brother, Mohammad, in addition to shooting and seriously wounded their brother with a live round in the abdomen.

Protests erupted in the refugee camp after the invasion, especially when a regular army unit stormed the refugee camp, and the soldiers shot three young men, including two who suffered serious wounds.

The two seriously wounded Palestinians were shot with live rounds in the chest, while the third was shot in the thigh. All three were rushed to Palestine Medical Complex, in Ramallah.

In related news, the soldiers invaded, the Deheishe refugee camp, south of Bethlehem, south of occupied Jerusalem in the West Bank, shot four young men with live fire, in addition to storming and searching homes, before abducting two Palestinians. The army also abducted two young men from their homes in Doha city, west of Bethlehem.