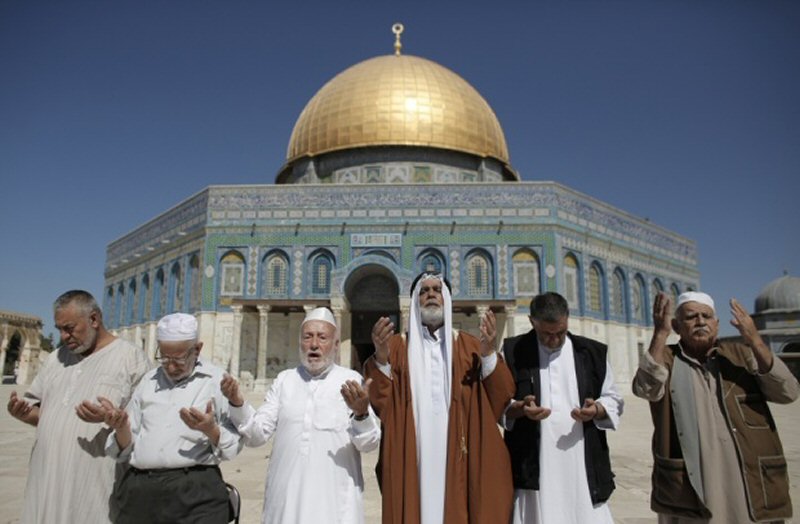 Dozens of extremist Israeli settlers stormed, on Sunday morning, the courtyards of Al-Aqsa Mosque, under heavy guarded of Israeli police.

Jerusalemite sources reported, according to Al Ray, that about 45 settlers stormed the holy courtyards, under guard of the police, and organized provocative tours accompanied by rabbis who provided explanations about the alleged historical temple.

Jerusalemite prayers and students defended the raids, trying to pan them from touring the holy site.

It is worth noting that the number of Israeli settlers storming the holy site has risen since  US president Donald Trump’s declaration of occupied Jerusalem as the capital of Israel.