Greek Orthodox Patriarchate Calls on US to Withdraw Jerusalem Move 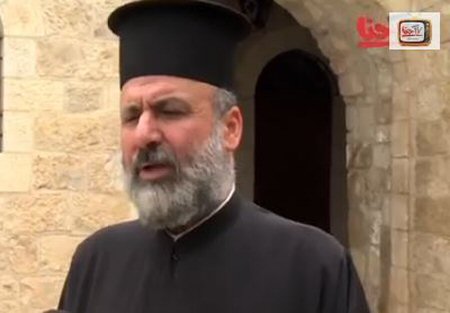 Spokesman for the Greek Orthodox Patriarchate of Jerusalem, Issa Musleh, on Sunday, called upon US president Donald Trump to withdraw his recognition of Jerusalem as Israel’s capital, according to WAFA.

Musleh, speaking to Palestine TV, condemned Trump’s decision and stressed that all Palestinians, both Muslims and Christians, are united in their defense of Jerusalem as the capital of the state of Palestine.

He also called on the Palestinian people to adopt non-violent resistance to pave the way for ending the Israeli occupation and achieving independence.

Musleh reached out to the world’s Christians to support the Palestinian people and help their steadfastness on the land.

12/22/17 Despite US Threats, UN Votes Overwhelmingly to Challenge US Claim on Jerusalem