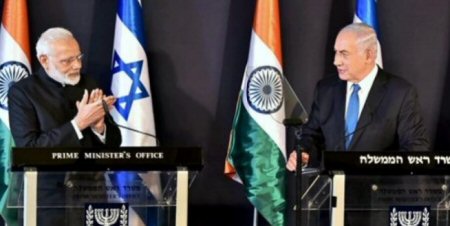 (PNN) India was the greatest market for Israeli arms last year, amid an increase in sales to the Asia-Pacific region as a whole, according to the Jerusalem Post.

Israel’s military exports rose by 41 per cent overall in 2017, the third consecutive year of increased defence exports, bringing in some $9.2 billion in contracts.

The largest distribution of sales, some 58 per cent was in Asia-Pacific, with Israel’s top three customers all originating from the region; India soaring ahead at $715 million, with Vietnam at $142 million and Azerbaijan at $137 million in second and third place respectively.

Sales to Europe still accounts for 21 per cent of arms sales income, with North America at 14 per cent and Africa and Latin America making up the remaining seven per cent.

The majority of Israel’s exports are made up of aerial defence, radar systems and ammunition, developed and often tested by the Israeli military in assaults on the Palestinian territories.

Last month, India cancelled a ban on two Israeli arms companies, Aerospace Industries and the Rafael Advanced Defence Systems Ltd, which it had previously blacklisted since 2006 due to allegations of bribery.

However, India’s Central Bureau of Investigation (CBI) filed a lawsuit demanding the closure of the criminal investigation against the two companies, culminating in a $2 billion deal between India and Israel Aerospace Industries under which the company would supply India with Barak 8 surface-to-air missiles.

Tel Aviv’s arms sales to Asia have also come under scrutiny in light of the fact that Israel has continued to sell arms to Myanmar, despite international condemnation of the country’s crackdown on its Rohingya Muslim minority. The US and EU have both implemented an arms embargo on the South Asian country after UN reports that the army is committing ethnic cleansing.

The armaments reportedly sold to Myanmar include over 100 tanks, weapons and boats that have been used to police the country’s border and perpetrate numerous acts of violence against the Rohingya.

In response to a petition filed by several prominent human rights lawyers last September, Israel issued a gag order against the country’s High Court which will now be forced to keep secret details of its ruling on a petition against arms sales to Myanmar.

Yair Auron, who is supporting the campaign against the sales, said that Israel’s supply of weapons to regimes such as Myanmar should be compared to the sending of arms to Nazi Germany during the Holocaust.