Internet Users to Access Streets of Palestine via Google Maps 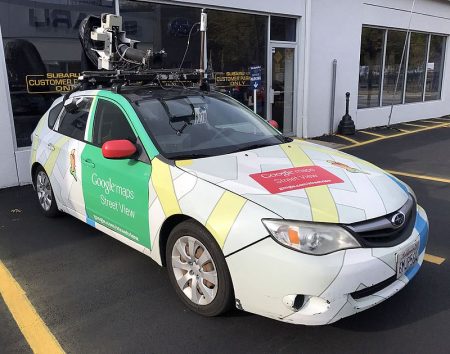 People around the world will soon be able to walk the streets of Palestinian cities, via Google Maps, says Safa Dweik, director of the maps department in Ramallah.

She told WAFA Palestinian News & Info Agency that Google and the Palestinian Ministry of Telecommunication and Information Technology (MTIT) have worked together to put the Palestinian cities on Google Map by allowing its Street View vehicle to roam the streets taking pictures of different places.

She said efforts were underway since 2013 to bring in the Google Street View vehicle but, apparently, Israel has blocked these efforts until just recently.

MTIT announced, on Thursday, the launch of a filming project around various Palestinian cities, starting with Ramallah, Bethlehem and Jericho, using the Google Street View vehicle.

It said that a trained Palestinian crew is going to drive the car, instead of the regular Google staff.

The vehicle is going to film tourist sites in these cities to make them available for view to millions around the world, particularly Diaspora Palestinians who are not able to visit home.

(Edited by the IMEMC by chris @ imemc.org, photo: Wikipedia)