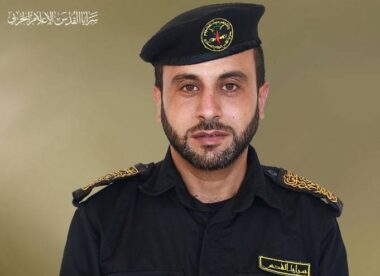 On Wednesday evening, the Al-Quds Brigades, the armed wing of the Islamic Jihad, said one of its fighters, from northern Gaza, died from serious wounds he suffered two days earlier in an accidental shooting. Two of his brothers were assassinated by the army in 2012 and 2009.

The Brigades said Saed Mousa Al-Qatanani, 37, from Beit Lahia in northern Gaza, died on Wednesday evening from the serious wounds he suffered and added that the fighter was one of its senior members who participated in countering Israeli soldiers invading Gaza in previous Israeli offensives.

The Brigades added that its fighters will never abandon the path of resistance until liberation and independence.

“Our fighters will remain committed to the struggle for liberation,” the Al-Quds Brigades said, “Our weapons will always have just one target, the illegal Israel occupation.”