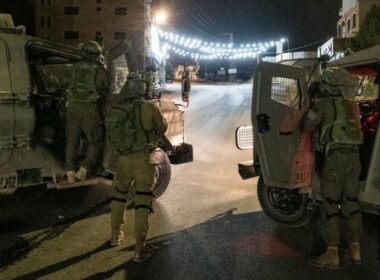 On Monday, the Israeli army’s Central Command Chief of Staff signed orders for the demolition of homes of the families of two Palestinians who were killed in September after killing an Israeli soldier.

The families of Abdul-Rahman Hani ‘Aabed, 22, and Ahmad Ayman ‘Aabed, 23, who were killed on September 14, filed appeals against the demolition orders, but they were denied.

The two were killed in an exchange of fire with Israeli soldiers who invaded the Al-Jalama village north of the northern West Bank city of Jenin, resulting in their deaths and the death of an Israeli soldier, Bar Pelach, 30.

Israeli courts denied various appeals against the demolition of the homes, even though such measures are illegal acts of collective punishment.