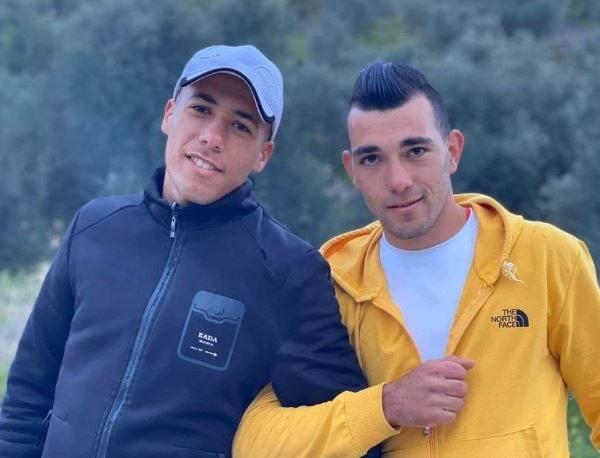 Two Palestinian and one Israeli soldier were killed during an exchange of gunfire near the village of Jalama, north of Jenin, in the northern part of the occupied West Bank.

The two Palestinians have been identified as Ahmad Ayman Ibrahim ‘Aabed, 23, and Abdul-Rahman Hani Sobhi ‘Aabed, 22, from Kafr Dan town, northwest of Jenin.

The Israeli media reported that the Palestinians began shooting at the soldiers, who returned fire, resulting in the two Palestinians killed and one Israeli soldier.

The two Palestinians have been identified as Ahmad Ayman Ibrahim ‘Aabed, 23, and Abdul-Rahman Hani Sobhi ‘Aabed, 22, from Kafr Dan town, northwest of Jenin. Israeli sources said the slain soldier have been identified as deputy commander of the Nahal Reconnaissance Battalion Maj. Bar Pelach, 30.

The army phoned their families, ordering them to come to the roadblock to identify their corpses, but refused to release them to their families.

The army also closed the roadblock and said it would remain blockaded until Friday.

Abdul-Rahman’s father said a senior army officer ordered him to head to the roadblock and detained him for about an hour before showing him mobile phone pictures of his slain son and Ahmad after they were shot dead.

The al-Aqsa Martyrs Brigades, the armed wing of the Fateh party, claimed responsibility for the attack.

Palestinian factions in Jenin declared a general strike to mourn the slain Palestinians.

Amjad Abu Farha, the head of Al-Jalama Village Council, said several army jeeps and bulldozers invaded the village and demolished a cement wall where the two young men were killed. The demolished wall is on land owned by Morad Saleh Abu Farha.

A spokesperson for the Hamas party, Hazem Qasem, reportedly said, “As of today, the heroes of Jenin ignore all the empty threats of the occupation against the cities of the West Bank and do not pay attention to the Israeli attempts to intimidate the resistance.

“The martyrs of Jenin this morning are fueling another revolution and escalation of the struggle against the occupation and their blood is the tax of triumph and liberation. This revolution will continue to escalate across all West Bank cities in defense of the al-Aqsa Mosque, in response to the occupation’s crimes, and on the path to liberation of the land, the people, and the martyrs.”

Following the fatal shooting, the Israeli cabinet convened a special session to discuss the “increasing number of Palestinian attacks'” this month.

The killing of the two young brings the number of slain Palestinians, killed by the Israeli occupation army this month to ten, in addition to one a political prisoner who died at an Israeli medical center.

On September 8, Haitham Hani Mubarak, 16, was shot and killed by Israeli soldiers near the main entrance of Beitin village, northeast of Ramallah, in the central West Bank.

On September 7, the soldiers killed Younis Ghassan Tayeh, 21, in the al-Far’a refugee camp, south of Tubas, in the northeastern part of the occupied West Bank.

On September 6, the soldiers killed Mohammad Mousa Saba’na, 29, and injured at least nine Palestinians in the northern West Bank city of Jenin.

On September 5, the soldiers invaded Jenin city and Qabatia town, in the northern part of the occupied West Bank, killed a young man, Taher Mohmmad Zakarna, 19, injured another, and abducted five.

On September 2, the soldiers killed Fadi Mohammad Fayez Ghattas, 19, after an alleged stabbing attack targeting soldiers, near Beit Einoun village junction, northeast of Hebron, in the southern part of the occupied West Bank.

On September 1, the soldiers killed Yazan Naim Affana, 24, after shooting him with live fire while the army withdrew from Um ash-Sharayet neighborhood in Al-Biereh city after the army invaded the Al-Biereh city in the Ramallah and Al-Biereh governorate, in the central part of the occupied West Bank.

On the same day, the soldiers killed Mahmoud Suleiman Khaled, 25, in front of the main entrance of Balata refugee camp, east of Nablus, in the northern part of the occupied West Bank.