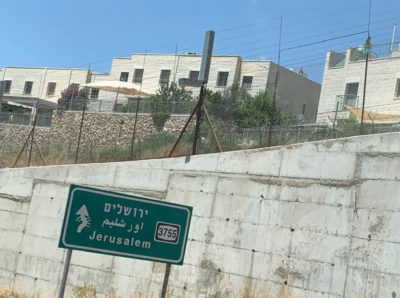 The far-right extremist Israeli government on Benjamin Netanyahu and the Civil Administration Office, the executive and administrative branch of the illegal Israeli occupation of the West Bank, including Jerusalem, approved the construction of hundreds of units in Gush Etzion illegal colonialist bloc, south of Bethlehem.

Israeli Channel 7 has reported that the approval was for 300 new units in Etzion.

Shlomo Neeman, the head of Gush Etzion block, welcomed the approval of the 300 additional units, and said that this would pave the way for more units in the colonialist block.

Israel’s colonies in the occupied West Bank, including those in and around occupied East Jerusalem, are direct violations of International Law, the Fourth Geneva Convention and various united nations and security council resolutions.