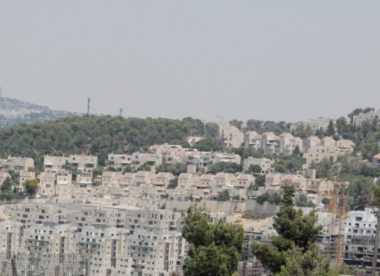 The Israeli government has approved, Wednesday, plans for expanding illegal colonies on Palestinian lands in the occupied West Bank.

The plan was approved by the subcommittee in charge of colonialist activities, in the so-called “Civil Administration Office”, the administrative branch of Israel’s illegal occupation.

Ynet stated that the subcommittee approved what it called a “limited construction plan” in the illegal colonies of Yitzhar, Elkana, and Mishor Adumim.

In early May of this year, the Israeli government announced plans for the construction of at least 392 units in illegal Israeli colonies, on more than 432.1 Dunams of Palestinian lands.