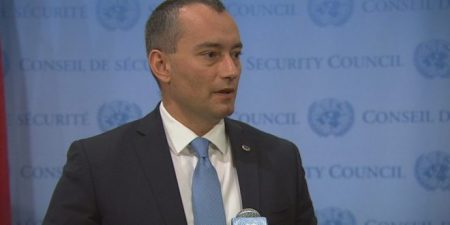 UN special coordinator for the Middle East Peace Process, Nickolay Mladenov, on Tuesday, released a statement on Israel’s “legalization bill,” which has the objective of protecting illegal settlements and outposts built on private Palestinian property, in the occupied West Bank. Some have pronounced it to be a step towards the total annexation of the West Bank.

“If adopted, it will have far reaching legal consequences for Israel, across the occupied West Bank and will greatly diminish the prospect of Arab-Israeli peace,” Mladenov said, in  a statement.

Mladenov also encouraged Israeli legislators to reconsider the move, according to the PNN.

“I reiterate that all settlement activities are illegal, under international law, and run counter to the Middle East Quartet position that settlements are one of the main obstacles to peace,” he concluded.