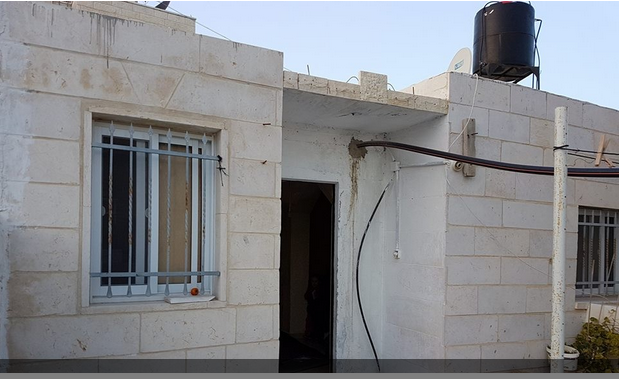 The Israeli Interior Minister ordered that the mother of a Palestinian man who rammed a group of Israeli soldiers with a truck last week should have her Jerusalem residency “revoked”, and that she should be forced out of her ancestral home.

Fourteen family members of the young man who carried out the attack have also had their residency permits revoked by the Interior Ministry as collective punishment for the actions of Fadi Qunbar. The young man’s father and sister ware abducted by the Israeli military and held without charge in an interrogation center.

In addition, the Israeli military took measurements of the family home of Fadi Qunbar, who was shot to death after plowing through a crowd of Israeli soldiers, killing four. The measurements were in preparation to demolish the home, which would render all remaining family members homeless.

According to the Wadi Hilweh Information Center, they were informed by the deceased man’s family that the occupation forces raided the family’s house in Jabal Al-Mukabber and handed them orders to suspend the residency and reunion applications of several family members following an order made by the Israeli Minister of Interior Aryeh Dar’ee; they were requested to follow-up at the Ministry. The people who received the orders are:

The authorities also requested Hind Qunbar, Martyr’s sister, to head to the Ministry of Interior without handing her any order.

Furthermore, the occupation authorities requested four of the Martyr’s cousins to head to the Ministry of Interior next month.

The family added that Saeed Nayef Qunbar and Zeid Nayef Qunbar headed to the Israeli Ministry of Interior today to renew their residency but the employee rejected their requests.

Palestinians who live in Jerusalem are constantly in danger of having their residency revoked by Israeli authorities, as the Israeli government has established numerous policies meant to strip Palestinians of their claim to their traditional, ancestral land in the city.

In this case, the Israeli government has taken the occasion of an attack against a group of soldiers by one member of the Qunbar family as a pretense for revoking the residency of numerous family members — none of whom have been implicated in any way in the attack.

No charges have been filed against any family member of Fadi Qunbar. This has led human rights groups to conclude that the actions being taken by the Israeli government are a form of collective punishment against the family. Collective punishment is a violation of international law.