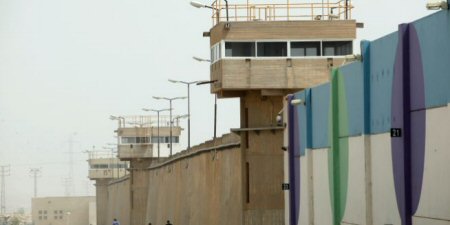 Israel is expected to free 300 Palestinian prisoner after the Knesset passes a bill, in the upcoming fall session, that is meant to ease overcrowded prisons conditions, Israeli media reported on Saturday.

According to Haaretz, the 300 prisoners are among about 1,000 prisoners to be released on the day the law goes into force, December 20.

The bill was introduced after the High Court of Justice ruled that the incarceration conditions infringed on prisoners’ human rights, and instructed the state to ensure that each prisoner had living space of 3 square meters.

The bill, which has already been approved by the Knesset Interior Committee, calls for shortening sentences of hundreds of prisoners by two to five months. Prisoners sentenced to up to four years will have their sentences reduced by a few weeks to a few months, no matter what the nature of their crime. Because all prisoners are also entitled to a one-third reduction of their sentence for good behavior, the new law will mean that some prisoners will be released after serving only half of their sentence.

Prisoners sentenced to more than four years will receive the additional reduction only if they have already been granted one-third off for good behavior.