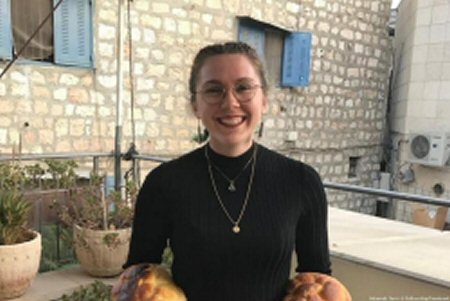 An American Jewish woman was temporarily detained at Israel’s Ben-Gurion airport, on Wednesday, and initially denied entry, as she had visited Palestinians facing home demolitions in West Bank.

Julie Shayna Weinberg-Connors, aged 23, who arrived on a flight from the United States in order to start studying at the Pardes Institute of Jewish Studies, in Jerusalem, was finally “informed that she could enter Israel on condition that she did not go into the West Bank without a permit,” according to Days of Palestine.

On arrival at the airport, Weinberg-Connors had already obtained a temporary resident’s visa and a potential immigrant’s visa.

According to the activist, she was told by the investigator at the airport that she “can’t go” to the West Bank; when she responded that, with the visa she had, visiting the West Bank was not illegal, the investigator replied, “No, it’s not [illegal] but we told you that you cannot go there.”

In addition, when she acknowledged having visited Khan Al-Ahmar, a Palestinian community slated for demolition in the West Bank, the investigator got up and said, “You cannot enter. You are here to make trouble.”

Only some two hours later, after the direct intervention of her lawyer, MKs Tamar Zandberg and Mossi Raz of Meretz, and Haaretz newspaper, Weinberg-Connors was told she would be allowed entry – but only after signing a form entitled “Declaration by a tourist of non-entry to [Palestinian] Authority areas without the approval of the Coordinator of Government Activity in the Territories”.