Israel: Gaza Economy Plummeted from “Zero to Below Zero” 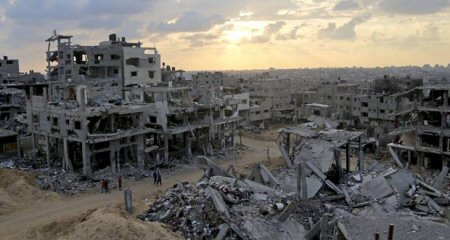 Israeli daily Haaretz, on Monday, reported that Israeli  military officials have acknowledged that the Palestinian situation is deteriorating, and that the economy and infrastructure  in Gaza was “from zero to below zero.”

Haaretz said, according to the PNN, that Israeli politicians were acting as if military pressure can continue on Gaza, ignoring the worsening economic situation in the Strip.

“In the long term, continually deteriorating infrastructure brings the risk of an uncontrollable blow-up in the Strip,” the daily said.

This deterioration is noticed through the number of trucks crossing the Karm Abu Salem crossing between Gaza and Israel that has dropped by half, due to the decline in the purchasing power of the Palestinians living in Gaza.

The report also said that about 95 percent of Gaza’s water was undrinkable and that unemployment was inching toward 50 percent and was even higher among young people.