Soldiers Assault Three Children, And A Young Man, Before Abducting Them 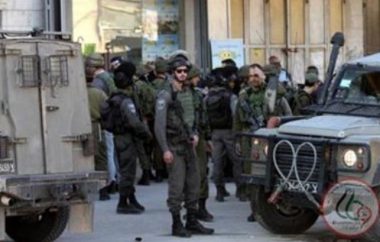 The Palestinian Detainees Committee has reported, Monday, that Israel soldiers repeatedly assaulted three children, and a young man, in the central West Bank governorate of Ramallah, causing several cuts and bruises, before abducting them.

The committee said that three Israeli soldiers attacked Fawzi Nakhla, 17, and repeatedly kicked and beat him on various parts of his body, before abducting him, near the al-Jalazonerefugee camp.

The soldiers attacked dozens of Palestinian protesters near the refugee camp, and assaulted many of them, before abducting Nakhla.

The committee added that the soldiers also assaulted Mo’tasem Abu Ghweila, 17, from the al-Am’ari refugee camp, and Mohammad Seba’ey, 20, from Jammala town, northwest of Ramallah, before abducting them.

It stated that Israel’s constant attacks and violations against the Palestinian detainees became a solid policy, as Israel does not only deprive them from their freedom, but the soldiers also start beating them up from the moment of their arrest, and subject them to torture and abuse during interrogation, in addition to the constant violations and extremely bad conditions they face in detention.