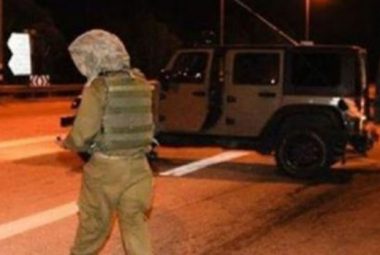 The Israeli occupation authorities have decided to impose a tight siege on the entire West Bank for eleven days while it celebrates Sukkot Jewish holiday.

The decision was made by Israeli Defense Minister Avigdor Lieberman, although the military leadership expressed concerns regarding this move, which could lead to further tension and deterioration to the already escalated security condition.

The siege will take effect at midnight, this coming Tuesday, October 3rd and will remain in effect until Saturday evening, October 14th.

It is worth mentioning that the West Bank was also placed under a tight siege this past Friday and Saturday, during Yom Kippur holiday.

Although Lieberman claimed that the move comes in response to the fatal shooting which was carried out on Tuesday September 26th, leading to the death of one Palestinian and three Israeli officers, Israel has always placed the occupied territories under strict sieges while it celebrates national and religious holidays.