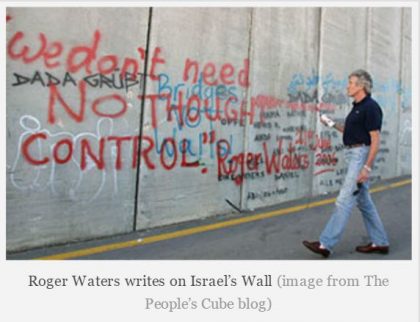 By Christof Lehmann (nsnbc) : The Israeli government formed a ministerial task force to track down any foreigners in Israel who are engaged in activities linked to the international Boycott Divestment Sanctions (BDS) campaign. The government compares these subversive elements with terrorists that aim at destroying Israel from within.

The launch of the new task force was announced by Strategic Affairs Minister Gilad Erdan and Interior Minister Arye Dery on Sunday.

Besides targeting and deporting foreigners who have entered the country, it will also spy on activists and organizations who are involved in the BDS campaign worldwide. The activities include the gathering of personal and organizational data which will be used to identify BDS activists.

The international Boycott Divestment Sanctions (BDS) campaign lobbies for full participation in its campaign but has succeeded at inspiring individuals, municipalities, organizations, businesses, and governments to implement not so comprehensive, but nonetheless effective boycott, divestment, or sanctions packages.

The campaign has over the past couple of years gained so much support and momentum that the government in Tel Aviv began considering the BDS movement as a threat to Israel’s national security.

The establishment of the task force shows that the movement, that has prominent members like Nobel Peace Laureate, Archbishop Desmond Tutu from South Africa among its supporters is achieving its objectives. Strategic Affairs Minister Gilad Erdan commented on the new task force, saying that it “is a necessary step in the light of delegitimizing activists who spread lies and twist the truth about the reality in our region”.

Interior Minister Arye Deri said “We have a responsibility to do everything possible to crush any boycott and to state clearly that we will not allow the State of Israel to be harmed.” Ironically, Erdan’s attempt to denounce BDS activists as liars is standard Israeli disinformation practice that aims at deflecting attention from the core issues at hand.

The establishment of the anti-BDS task force officially formalizes and legalizes what Israel has practiced for years. That is, the harassment and deportation of any activists who are critical of Israel’s policy with respect to the Israeli – Palestinian discourse. The informal Israeli crackdown is much broader than the now formally announced crackdown on BDS activists or advocates.

Several journalists who work for independent media, whose actual name is known to this author, are writing under a pen name to avoid being barred from entering Israel or Palestine, or to avoid being harassed.

In 2014 Israeli authorities went as far as to ban Dr. Mads Gilbert a Norwegian anesthesiologist from entering Israel and Palestine’s Gaza Strip via Israel. Dr. Gilbert is Professor and the Clinical Head of the Clinic for Emergency Medicine at the University Hospital of North Norway in Tromsø. He was born on June 2, 1947 and grew up in the post-World War II Norway that had a strong resistance movement against the German occupation during the war.

Dr. Mads Gilbert’s first mission abroad was in the, at that time, war-torn Lebanese capital Beirut in 1981 and he returned to Lebanon in 1982, during the time of the Israeli occupation of Lebanon and during the year that the massacre in Sabra and Shatila took place under the eyes of the then Israeli Defense Minister Ariel Sharon. For the last fifteen years, said Dr. Gilbert, he has provided medical services for Palestinians in the Gaza Strip.

Gilbert, who also was denounced as “a liar” or as an “anti-Semite”, called for the implementation of international law, and an end to Israel’s illegal bombing of civilians, including hospitals in the Gaza Strip in 2014.

In an interview with nsnbc international editor-in-chief Christof Lehmann, Dr. Gilbert called for “law instead of bombs and band-aid”.

A Self-inflicted Threat to Israel’s National Security? Yes! But Denouncing Political and Religious Dignitaries, Medical Doctors and Academics as Terrorists?

Although, it is Israel who could mitigate that threat by adhering to international law, human rights, and numerous UN resolutions. The BDS movement and its offshoot initiatives have gained momentum since 2014 and is likely to continue to gain momentum. In March 2014 the France-based utility giant Suez Environnement pulled out of a cable car project in Jerusalem. In July 2015 the United Church of Christ decided to divest from Israel over its illegal occupation.

In September 2015, Soda Stream shut down its factory in an illegal Israeli settlement after its products began being removed from the shelves of shops in various countries and “unorganized” non-BDS members had friendly, educational talks with shopkeepers.

Also in September 2015, the City Council of Iceland’s capital Reykjavik implemented a limited ban of Israeli products in the city’s shops.

That same month, Brazil denied a contract with the Israeli company International Security and Defense Systems for the 2016 Summer Olympic Games. In October 2015, 343 professors and lecturers from the UK announced their participation in the academic boycott of Israel.

In November 2015 the European Union adopted “guidelines” against the labelling of products from Israeli-occupied Arab territories, that is the Palestinian West Bank and the Syrian Golan Heights as made in Israel.

Also in November 2015, the UK’s Labour Party launched a boycott of the British security company G4S over its involvement in the Israeli prison industry and checkpoints in the illegally occupied West Bank.

In November 2015 the Santiago de Compostela City Council (capital of Spain’s Galicia region) passed a motion declaring itself a space free of discrimination against the Palestinian people and in support of the BDS campaign.

Also in November 2015, the 10,000-member strong American Anthropological Association (AAA) became the largest scholarly institution in the United States to endorse the academic boycott of Israel.

In December 2015, the University of Barcelona, Spain, announced its participation in the BDS campaign.

In January 2016, some 71 Medical Doctors from the UK called for the removal of Israel from the World Medical Association denouncing Israel of medical torture by illegally force feeding prisoners on hunger strike. In March 2016 UNICEF ended its contract with G4S in Jordan. Also in March, the OIC called for the boycott of all goods from illegal Israeli settlements.

In June 2016 Kuwait’s Public Institution for Social Security (PIFSS) decided to divest its funds from the Britain-based G4S due to the company’s involvement in the Israeli security and prison industries.

The Israeli Cabinet will have no problem explaining that the BDS campaigns impact on Israel’s national security. Denouncing members of all of the above mentioned NGOs, City Councils, the EU Commission, members of Churches and other religious communities and more as anti-Semites or “terrorists”? Good luck, it would probably be more easy to begin to adhere to international, and humanitarian law.