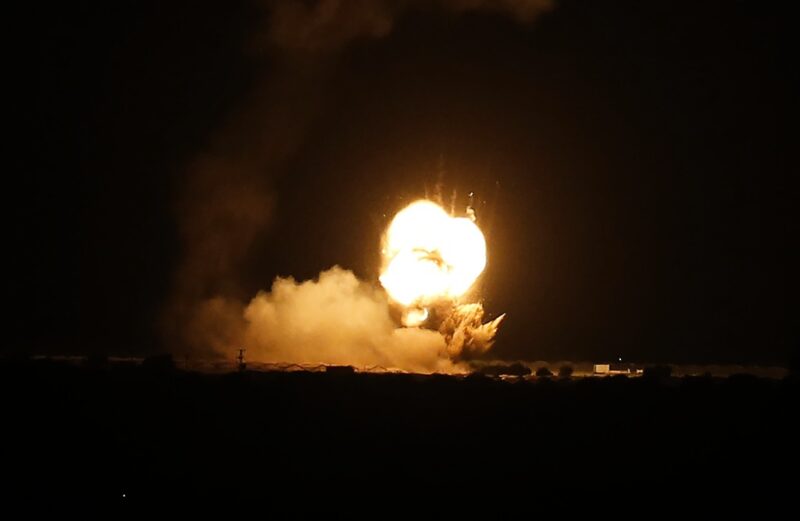 The Israeli occupation, on Saturday night, launched at least fifteen airstrikes throughout the besieged Gaza Strip, causing damage to targets as well as the surrounding homes, the Palestinian WAFA News Agency reported.

The Israeli jets attacked sites belonging to the al-Qassam Brigades, the military wing of Hamas, in response to one rocket, allegedly fired, Saturday, by Palestinian resistance factions towards the Israeli city of Ashkelon, north of the border with Gaza.

WAFA correspondent confirmed that Israeli warplanes fired three missiles, destroying the targets west of Gaza city in the central Gaza Strip. No human casualties were reported, however there was damage to adjacent properties.

He added that military aircraft launched two missiles and destroyed a site in Tal Al-Hawa neighborhood, west of Gaza City, battering nearby property, and inciting terror among the Palestinian civilians.

Furthermore, five Israeli airstrikes were launched at two sites to the west of Khan Younis in the central Gaza Strip, and Rafah in the south, destroying the sites and damaging nearby property.