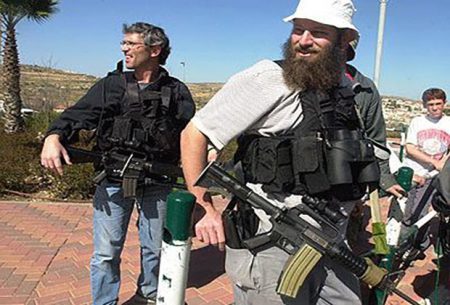 According to local resident Muhannad Salah, stated that he and his elderly father were grazing their livestock, when a group of armed extremist colonists began hurling rocks at them, with the intention of terrorizing them.

The illegal colonialists, presumed to be from the nearby illegal Eliazar settlement, were fought off by locals, and no injuries were reported.

The Israeli settlers across the occupied West Bank continue to harass and assault Palestinian villagers and farmers, meanwhile Israeli soldiers demolish the homes of others, resulting in forced displacement on both fronts.

In related news, Israeli forces, on Saturday, provided cover for dozens of extremist Israeli colonists, who invaded Palestinian property in al-Tuwana village, south of Hebron, in south of the West Bank.