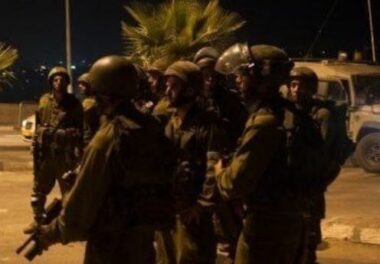 Israeli soldiers abducted, on Monday at dawn, eighteen Palestinians from their homes in several parts of the occupied West Bank, after the army invaded and ransacked dozens of homes, and interrogated many Palestinians while inspecting their ID cards.

In Nablus, in northern West Bank, the soldiers abducted Omar Eyad Mansour, 29, and Ja’far Yasser Hadada, 32, from their homes in the Northern Mountain area.