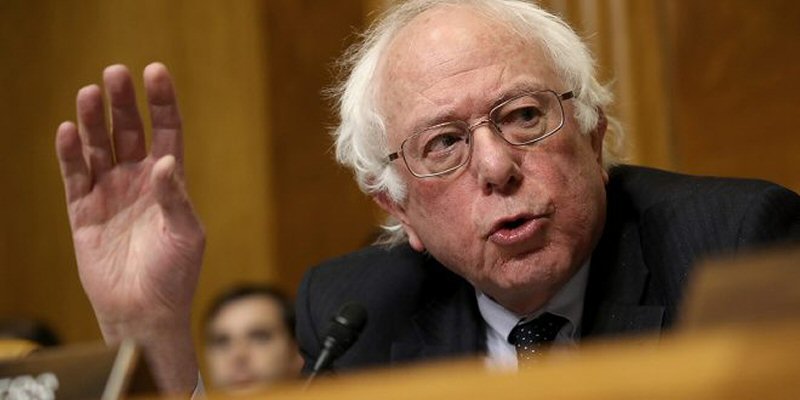 Less than 24 hours after the deaths of Palestinian protesters in the Gaza Freedom March were announced, US Senator, Bernie Sanders of Vermont tweeted:

​“The killing of Palestinian demonstrators by Israeli forces in Gaza is tragic. It is the right of all people to protest for a better future without a violent response.”

​In the early hours of Easter Sunday, the Senator appeared on the News Network CNN reiterating his position. On “State of the Union,” hosted by journalist Jake Tapper, Tapper asked Senator Sanders if he accepted the Israeli government’s explanation of the events, which consisted of the mundane rhetoric of “Hamas militants,” who used “civilians as human shields.”

​The Senator’s response to whether he accepted that explanation was undeniably clear, according to the PNN: “No, I don’t.” He went on to add that based on his understanding of the events, “Israel overreacted.”

​The U.S. Senator has been one of few U.S. politicians that has criticized Israeli treatment of Palestinians, which is often considered taboo in US politics. In the 2016 democratic presidential primary debate he disagreed with Secretary Hilary Clinton and pressed her to answer whether she believed that Israel acted with “excessive force,” during Operation Protective Edge in 2014 that killed more than 500 Palestinian children. Secretary Clinton continuously evaded the question, even after Senator Sanders confirmed that the number of deaths were evidence that “excessive force” had been used by the Israeli government.

​During his run for democratic candidate for President, the senator surpassed Secretary Clinton’s votes in Michigan, which was largely attributed to the large number of Arabs and Muslims in Michigan. During his campaign, he was endorsed by several prominent Arab figures and endorsed by, “The Arab American News” for his foreign policy position, which included Palestinian liberation.

Though the senator was poised to win the Democratic primary and was favored to beat Donald Trump 2 to 1, the Democratic Party sabotaged his campaign which propelled Secretary Clinton’s run for the Democratic candidate for President.

Many argue that the efforts to sabotage Senator Sanders campaign ultimately cost Secretary Clinton the election.

​Though there have been rumblings of Senator Sanders running again, nothing has been confirmed. Senator Sanders would be a breath of fresh air for Palestinians, which he confirmed with an additional tweet on Friday stating:

​”… The situation in Gaza remains a humanitarian disaster.

The U.S. must play a more positive role in ending the Gaza blockade and helping Palestinians and Israelis build a future that works for all.”

03/30/18 Israel’s Annexation Crusade in Jerusalem: The Role of Ma’ale Adumim and the E1 Corridor