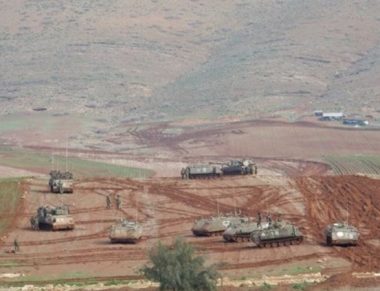 The Israeli government is preparing a plan to double the number of Israeli colonists in the Jordan Valley of the occupied West bank.

The new plan was presented by Israeli “Housing Minister” Yoav Galant, who previously served as the Commander of the Southern Command in the Israel army, and aims at doubling the number of colonists in the Jordan Valley, to reach approximately 12000.

As part of his plan, the Israeli government would be providing serious incentives to entice Israeli  families to live, build and work in the Jordan Valley, through direct cooperation with various government ministries, to control the entire area.

The Israeli Minister said that “Israel’s leaders all agree that the Jordan Valley, will always be part of the state under any possible future peace agreement.”

Mahdi Daraghma, a member of a Local Council in the Jordan Valley, said the army has already ordered the eviction of Palestinians from Ein al-Hilwa and Khirbet Um al-Jamal, and the al-Maleh area in the Northern Plains, within the coming eight days.

Daraghma added that the families received sixty orders to evacuate their dwellings, barns and agricultural sheds, an issue which would displace 200 Palestinians.

He also said that the new orders were issued on November 1st, and the families only received them on the evening of November 9th.

This means that the Israeli army could invade these communities and displace the families at any given moment.

Israel’s colonies in the occupied territories, including in and around East Jerusalem and the Jordan Valley, are illegal under International Law, and the Fourth Geneva Convention.