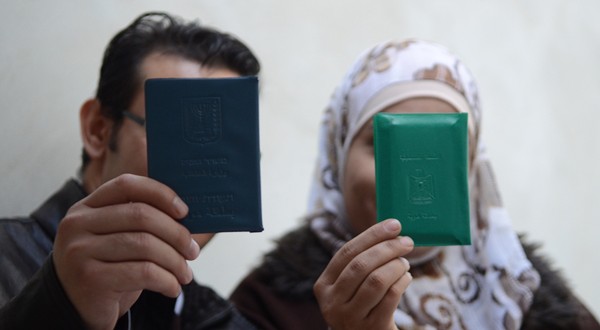 A committee of the Israeli Knesset is discussing the extension, for another year, of a 13-year old law that has been extended each year as a ‘temporary’ measure. The law prohibits nearly 10,000 Palestinian residents of Israel, including 247 children, from having a legal residency status.

The Citizenship and Entry into Israel Law (Temporary Order) passed in 2003, and renewed every year since, prevents Palestinian families from living together if one spouse is from present-day Israel and the other is from the West Bank.

Despite challenges from Israeli human rights groups, including a legal challenge that made it to the Israeli High Court in 2006, the Court decided to allow the law to continue to be enforced, stripping thousands of Palestinians of legal residency in their homes.

According to a report by B’Tselem earlier this year, the Israeli laws dividing families date back to the creation of the state of Israel in 1948. In 1993, a law was passed confirming this discrimination and separation. Families affected by this law, unable to obtain residency permits, “were compelled to settle for short, broken visits and repeatedly face separation between visits. These visits depended on the Israeli authorities’ granting a visitor’s permit, which was generally given during the summer for a period of up to three months. When the permit expired, the visitor was required to leave the Occupied Territories. Children who entered with their visiting parent were required to leave with them. Once the visitor left, he or she had to wait at least three months before being allowed to visit again. In many instances, the authorities did not approve a new visitor’s permit even after the waiting period had passed. The “center of life” criterion was also applied in determining whether to grant permits to visit in the Occupied Territories: residents living outside the Occupied Territories with a non-resident spouse were denied visitor’s permits for their spouse, the officials alleging that “they had transferred their center of life” to another location and that they do not live in the Occupied Territories.”

An Israeli attorney who represents some of the families affected by this law, Adi Lustigman, was quoted in the Israeli daily Ha’aretz as saying, “It means that in the same family if there’s a child who doesn’t feel well they take him to the health clinic, but if his sibling doesn’t feel well they can’t take him because they fear having to pay thousands of shekels if he needs to be hospitalized”.

The children who are living without legal status face many other problems, including inability to get an education, harassment by police and military at checkpoints, temporary and longer-term separation from parents, and the continuous stress of living without knowing if their residency will be revoked at any time.

The Knesset committee considering the extension of the resolution made the claim that ’18 Palestinians who carried out attacks against Israelis over the last 15 years had temporary residency permits’, but that claim has been disputed, and legal experts in Israel say there is no actual data to confirm it.

In the case challenging the law in 2006, Human Rights Watch said that the government failed to explain why other more targeted security measures, applied on a case-by-case basis, could not adequately address this threat without stripping thousands of families of their rights on the basis of their nationality.

Supreme Court Chief Justice Aharon Barak, in his opinion for the minority, wrote that “the law is a violation of the right of Arab citizens in Israel to equality.”