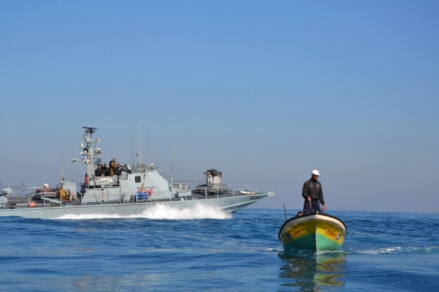 Israeli soldiers opened fire, earlier Saturday, into Palestinian agricultural lands, while navy ships also fired on a number of fishing boats, in the southern part of the coastal region.

Eyewitnesses said the soldiers, stationed on military towers across the border fence, fired several live rounds into Palestinian farmlands, east of the al-Qarara and Khuza’a town, east of Khan Younis.

The attack caused no casualties, but forced the farmers out of their lands, in fear of further military assaults.

In addition, Israeli navy ships fired many live rounds targeting Palestinian fishing boats in Gaza waters, in Rafah and Khan Younis, in the southern part of the coastal region. The attack led to property damage, and forced the fishers back to shore.