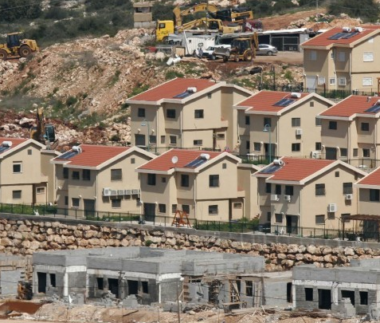 The Land Research Center in occupied Jerusalem has reported that the Israeli Ministry of Finance has authorized a plan to illegally annex nearly 139 Dunams of Palestinian lands in Dir Dibwan village, east of the central West Bank city of Ramallah, to build new colonialist structures and segregated roads.

The Land Research Center said the new plan aims at building the structures on privately-owned Palestinian lands in basins #32 and 33 of Dir Dibwan.

It added that the detailed plan aims at linking Ma’ale Mikhmas colony with Mitzpe Dani outpost, which were illegal installed on Palestinian lands.

The center also said that the new plan allocates nearly 48 Dunams for public buildings for the colonists, in addition to 26 Dunams for paving news segregated roads, 15 Dunams to be used as a park, in addition to other lands that would be used for stores and parking lots.

Israel’s colonies in occupied Palestine, including in and around occupied East Jerusalem, are illegal under International Law, the Fourth Geneva Convention and various international resolutions.