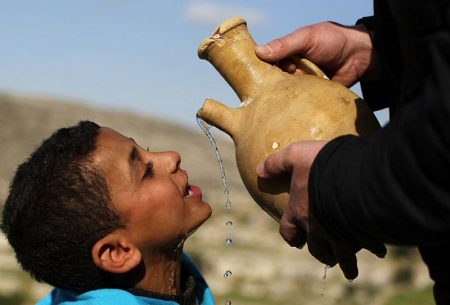 Israeli occupation authorities are reducing the amount of water provided to Palestinian areas in northern Jordan Valley mostly under pretext of “water scarcity.”

Moataz Bisharat, in charge of the Jordan Valley settlements file in the Palestinian Authority, said that during the past few months, the occupation authorities started reducing water supply to Ayn Al-Bayda, Bardala and Kardala.

In an interview with Quds Press today, Bisharat claimed, accoridng to Days of Palestine, that the occupation reduced the amount of water yesterday, which significantly affected the citizens, and created a crisis for many houses and factories.

He pointed out that “there are areas and neighbourhoods that water does not completely reach.” He noted that they contacted the concerned authorities, which in turn addressed the Israeli side. “However, the occupation justified its actions, claiming there is a lack of water.”

The Palestinian official questioned the validity of the Israeli justifications. He explained: “The occupation’s actions are limited to the Palestinian communities, while the Israeli water company pumps large quantities of water to settlements and settlement outposts in the area.”

Residents held protests in the area today demanding sufficient water be pumped into the region.

Bisharat stressed: “It is impossible to radically solve the problem of water shortage, because the occupation has control of most of the geographic areas in the region. In addition, it prevents Palestinian companies from establishing wells and benefiting from groundwater.”

Palestinians have been suffering from water shortages since Israeli occupation forces took control of the water supplies in the occupied territories, and prevented Palestinians from using them.

On 13 July, the US envoy to the peace process, Jason Greenblatt, signed a bilateral agreement on water between the Palestinian Authority and Israel.

Under the agreement, which was signed in Jerusalem, and attended by Israeli Minister of Regional Cooperation Tzachi Hanegbi, Palestinian Water Authority Chairman, Mazen Ghunaim, and Greenblatt, the Israeli authority pledged to increase the amount of water it annually sells to Palestinians.

The agreement is part of a joint “Naqil Al-Bahrain” project between Jordan, the Palestinian Authority and Israel in order to build a 200 kilometre pipeline extending from the Red Sea to the Dead Sea and to set up a water desalination plant at Jordan’s Aqaba Port.