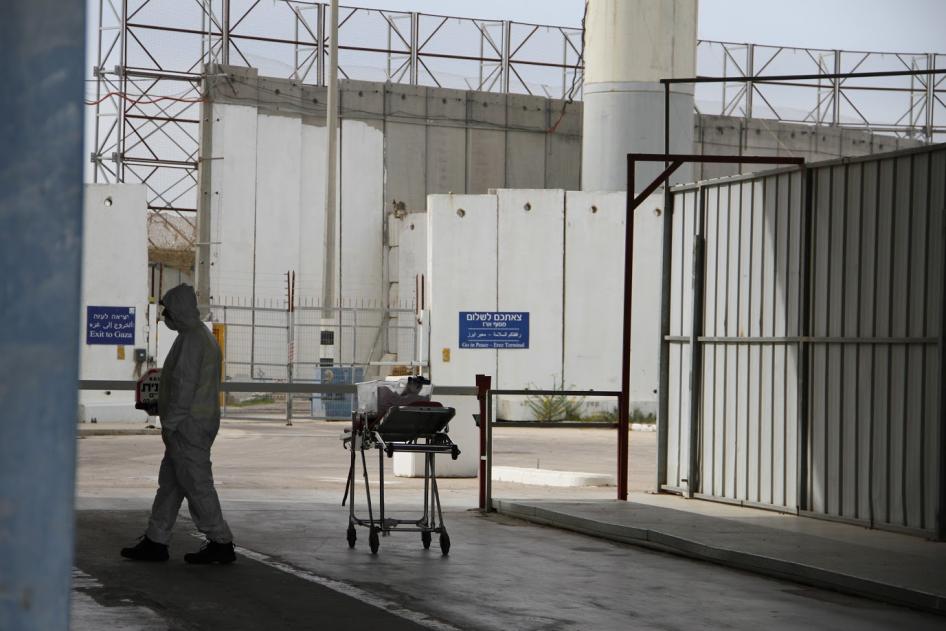 Two seriously wounded Palestinians who were shot by Israeli forces on March 30th at the Land Day protests are in imminent danger of losing their legs, and have requested transfer to a specialty hospital in Ramallah. But Israeli authorities have denied their applications for permits to travel.

According to the Wafa News Agency, Shifa hospital does not have the required medical tools to save their legs, it referred both men to Al Istishari Arab Hospital in Ramallah on April 1 and submitted a request to the Israeli military authorities, who control Palestinians’ movement, to allow the two patients to exit Gaza. A transfer application to Ramallah was submitted to the Israeli military’s Coordinator of Government Activities in the Territories (COGAT) that same day.

However, COGAT did not respond, and two human rights organizations, Adalah and Al Mezan sent an urgent letter on April 4 requesting authorization for their immediate passage from Gaza to Ramallah. On April 5, Adalah was informed that COGAT refused the patients’ requests.

The two men—Yousef Karnaz, 20, and Mohammad Al-‘Ajouri, 17, both from Gaza,  were wounded when Israeli troops fired on them during the March 30 Land Day protests at the Gaza border with Israel.

Adalah (The Legal Center for Arab Minority Rights in Israel), along with the Gaza-based Al Mezan Center for Human Rights filed a petition to the Israeli Supreme Court on Sunday demanding that Israel allow the two seriously wounded young men leave the Gaza Strip.

According to Wafa, Adalah Attorney Sawsan Zaher wrote in the Supreme Court petition that “there is no substantive justification for rejecting the request of the two petitioners, who are both confined to the ICU in critical condition. The rejection of their request is an expression of indifference to the amputation of their legs.”

Adalah and Al Mezan stressed that because Israel controls the Gaza border crossings, it is responsible for allowing wounded patients to leave Gaza for transfer to the Ramallah hospital.

Hospitals in Gaza are struggling to deal with upwards of 1,990 wounded by Israeli snipers, live ammunition, tear gas from drones, among other kinds of excessive force. Doctors report they are running out of medicine and supplies to treat patients.

Palestinian protesters continue the encampment and protest at the border fence – despite Israeli orders to ‘shoot to kill’ anyone who comes within 300 meters of the border fence.

They are protesting the Israeli military occupation of their land, which includes control of land, air and sea, prevents Palestinians from leaving Gaza and prevents essential goods from entering the tiny, overcrowded coastal enclave. The ongoing siege of Gaza began in 2007, after the Hamas party won the democratic legislative elections in the Palestinian Territories and Israeli authorities decided they did not like the results.

Even before the Land Day protests began, Israel had been denying a record number of Palestinians applying for medical treatment outside Gaza, According to a February 2018 report by Human Rights Watch, Israeli authorities approved permits for medical appointments for only 54 percent of those who applied in 2017, the lowest rate since the World Health Organization (WHO) began collecting figures in 2008. WHO reported that 54 Palestinians, 46 of whom had cancer, died in 2017 following denial or delay of their permits.