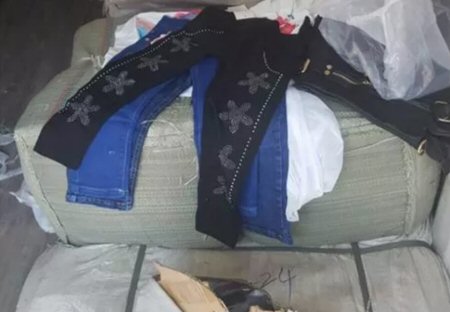 Israeli occupation authorities have reportedly seized a number of large containers of children’s clothing while on their way to the besieged Gaza Strip, claiming they were to be used for terrorist acts, Israeli media reported on Saturday.

According to  Israeli news site Ynet, Israeli Defense Minister Avigdor Lieberman said that confiscating the clothing is part of the Israeli war on “Palestinian terror.”

He claimed that the containers of children’s clothing, were intended for Gaza merchants who planned to pay the revenues for Hamas.

“Of course, this is a big lie,” a Gaza merchant told Days of Palestine. “This is just a false claim in order to the justify the 12-year-old Israeli siege imposed on the coastal enclave.”

At the beginning of the school year, Palestinian families in Gaza were unable to find school uniforms in the Gaza markets, for their children.

The merchant said that the Israeli occupation blocked tens of items of children’s clothes, including school uniforms.

“Even socks did not exist in the markets,” Sarah, a mother of three school boys, said. “I bought shoes for my kids, and they have been wearing them without socks,” she said.