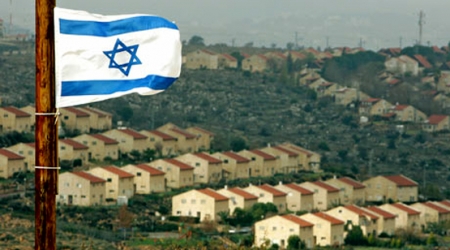 The construction of new Israeli settlement units in the West Bank has tripled in the first trimester of the year, in comparison to the same period last year, Peace Now organization declared.

The Israeli anti-settlement organization said, in a press release, that “plans of building 674 settlement units were submitted in the period between January and March this year, compared to 194 units in the first third of 2015”.

Representing the organization, Hagit Ofran, said AFP had been informed that the construction projects will go through five administrative steps before receiving the final green light of Israeli Minister of Defense, Moshe Ya’alon.

The year 2015 witnessed a sharp decline in the number of settlement construction plans and random settlement outposts set up without approval, compared to 2014, Ofran explained, according to Al Ray.

On the contrary, since the beginning of 2016, the situation has completely reversed, whereas the international community considers the settlements illegal and a major obstacle in the path of the peaceful settlement.

Israel first officially occupied the West Bank in 1967, where more than half a million of Israeli citizens live, including annexed East Jerusalem.

According to Ofran, the figures of 2016 show the fact that the government of Benjamin Netanyahu secretly continues with settlement activities, with a clear goal to make the two-state solution impossible to apply.