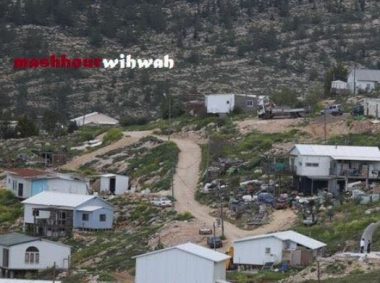 Israeli soldiers, and personnel of the “Civil Administration Office,” run by the military in the occupied West Bank, started the construction work to expand an illegal colony, which was built on Palestinian lands, in the southern West Bank governorate of Hebron.

He added that, three months ago, Israel decided to expand the colony, and issued orders for the illegal annexation of 210 Dunams of Palestinian lands.

Salhoob said the soldiers placed two mobile homes on the lands, before started preparation work for expanding the colony.