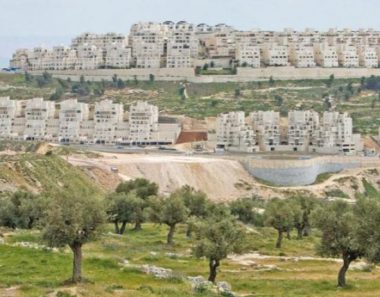 The decision was made just a week after the City Council approved the construction of 600 colonialist units, which were added to 350 units approved in 2017, in Nov Zahav illegal colony.

Nov Zahav was illegal built on Palestinian land after it was approved by City Council in 1993, when an international company presented a plan to build hundreds of units for Jewish colonizers, on 114 Dunams in Jabal al-Mokabber.

The Head of the Mapping Department of the Arab Studies Society in Jerusalem, Khalil Tafakji, said Israel is heading towards more violations and more illegal colonialist activities in the occupied city, especially following the illegal recognition by U.S. President Donald Trump, of Jerusalem as the unified capital of Israel.

The Palestinian National Bureau for Defending lands and countering colonies, said the Israeli colonialist activities do not only target occupied East Jerusalem, but also several vital parts of the West Bank, especially in the Northern Plains, as Israel is planning to transform four colonies and an outpost, into a “city” by illegally annexing thousands of Dunams of Palestinian lands.

Israel’s colonies in occupied Palestine, including East Jerusalem, violate the Fourth Geneva Convention to which Israeli is a signatory, and a constant violator, in addition to various United Nations and Security Council resolutions.