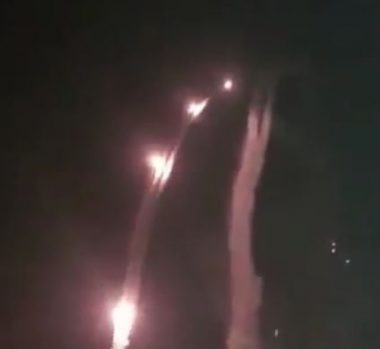 The Israeli army fired, on Sunday evening, many artillery shells at targets in the northern part of the Gaza Strip, after the Israeli Iron Dome Missile Interception System mistook bullets fired by the Al-Qassam Brigades, the armed wing of Hamas, for missiles.

Fighters of the Al-Qassam Brigades were holding what was described a large-scale live fire training, west of Beit Lahia, in the northern part of the Gaza Strip.

The Israeli army initially claimed that its “Iron Dome” system intercepted a barrage of missiles reportedly fired from Gaza, but later admitted the system mistook bullets fired by Al-Qassam in its training ground, with missiles.

Abu Obeida, the spokesperson of the Al-Qassam Brigades said his group did not fire any missiles or bullets into nearby Israeli settlements.

He added that Israel’s Iron Dome system went off, although the bullets fired during training were not directed at any Israeli target and held Israel responsible for this escalation.