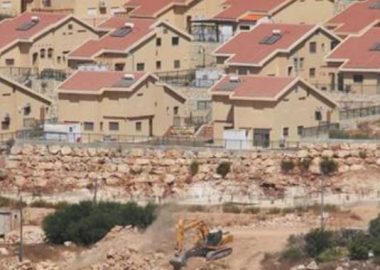 The Israeli government and the “Construction and Planning Committee” of the Civil Administration office, have approved additional 650 new units in Beit El illegal colony, near Ramallah, in central West Bank.

The new approval amends the earlier one of 296 units, and was made, last week, in coordination between Beit El Council and the Housing Ministry.

Israeli sources said the newly approved plans were made to compensate for the eviction and removal of Ulpana colonialist neighborhood in 2012, and Dreinoff neighborhood, which was evicted in 2015.

It is worth mentioning that, in April of 2017, the Israeli housing ministry approved the construction of two buildings on private Palestinian lands, in Beit El, and claimed that approval was made by mistake.

In related news, the Israeli authorities approved the construction of 106 new units in the illegal Efrat colony, built on private Palestinian lands between Artas village and the al-Khader town, south of Bethlehem, in the occupied West Bank.

Israel’s colonies in the West Bank, including in and around occupied East Jerusalem, are illegal under International Law, and the Fourth Geneva Convention.