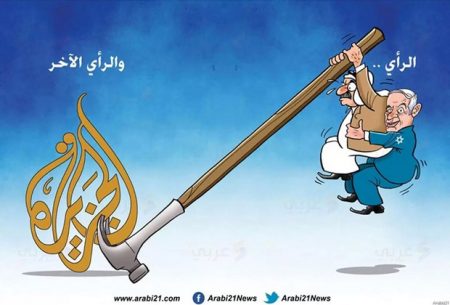 He said, according to Days of Palestine, that he would join the Gulf countries, adding: “These countries say the channel [Al Jazeera] is a tool of Daesh, Hezbollah and Iran; we are supporting this.”

The move follows Israeli Prime Minister Benjamin Netanyahu’s call for the office to be shut down, accusing it of inflaming tensions around Al-Aqsa Mosque.

Palestinian factions condemned the Israeli move to curb free speech, mainly by targeting Al Jazeera, which is considered by many to be the main mouthpiece of the Palestinian cause.