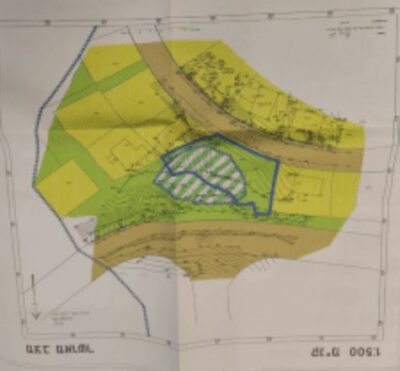 The Israeli occupation authorities have decided to snatch large areas of privately-owned Palestinian lands, south of the northern West Bank city of Nablus, to expand the illegal Yitzhar colony.

Ghassan Daghlas, a Palestinian Authority official who monitors Israel’s illegal colonialist activities in northern West Bank, said the soldiers handed orders to villagers from Burin, Madama and ‘Asira al-Qibliya, south of Nablus, informing them of the decision to grab their lands.

Daghlas added that the orders target lands are in al-Marj area, Jabal an-Nithir, Bab al-Marj, Khallet al-Marj and al-Aqda, in Madama, in addition to Hof Salman and al-Aqda in ‘Asira al-Qibliya.

The illegally confiscated lands would be used to expand Yitzhar by building more colonialist units, and for paving a new settler-only segregated roads.

Daghlas stated that Israel considers Yitzhar as a town, and is trying to change the status of large areas of Palestinian agricultural lands into residential to pave the way for uprooting them and using them for constructed new colonialist units.

All of Israel’s colonies in the occupied West Bank, including those in and around occupied East Jerusalem, are illegal under International Law, the Fourth Geneva Convention, in addition to various United Nations and Security Council resolutions.

Article 49, sixth paragraph, of the 1949 Geneva Convention IV provides: “The Occupying Power shall not deport or transfer parts of its own civilian population into the territory it occupies.”

Article 85(4)(a) of the 1977 Additional Protocol I provides that “the transfer by the Occupying Power of parts of its own civilian population into the territory it occupies” is a grave breach of the Protocol.

Under Article 8(2)(b)(viii) of the 1998 ICC Statute, “the transfer, directly or indirectly, by the Occupying Power of parts of its own civilian population into the territory it occupies” constitutes a war crime in international armed conflicts.